Brute Force Attacks: What They Are and How to Prevent Them 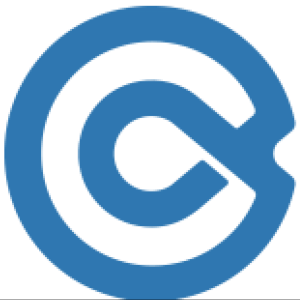 What is a Brute Force Attack?

Driving this spate of attacks is the ability of modern machines to try out trillions of possibilities in mere hours, coupled with hackers’ capability to automate such attacks. Add to this the fact that most people continue to disregard strong password recommendations — more so in our current remote or hybrid works models — and one gets a clearer idea about why brute force attacks are trending upward.

Organizations succumb to simple brute force attacks for several reasons — the most obvious being they simply overlook its possibility. This lapse can easily result in a massive data breach with just one hacked password.

Why Are Brute Force Attacks So Dangerous?

The term brute force stems from hackers’ forceful attempts to gain access. With the right bots to help, a brute force attack can crack an eight-character alphanumeric password with special characters in just two hours! Hackers usually try several passwords and username combinations until they strike the correct information. With millions of computer users still recycling passwords, even one hacked password can spell serious trouble.

What Are the Types of Brute Force Attacks?

There are many different types of brute force attacks. The most common include:

In a dictionary attack, hackers zero in on a potential target and then run every possible password combination to find a match. Usually, the hackers will make basic assumptions about common password practices to save time. They also alter the spellings of possible dictionary words to find the right combination. This type of attack takes a relatively long time and is therefore less favored.

Exhaustive key search is a more modern approach to brute force. Hackers employ powerful computers and automation to try out every possible combination with every imaginable character until they find the right one.

A reverse brute force attack also uses passwords leaked in previous data breaches. Pairing this data with lists of the most common passwords, attackers combine a username with a commonly used password until a match is found.

There were 2,354 ransomware attacks on local government agencies, health care institutions, and schools in the US in 2020 alone. Each of these incidents cost over $300,000, and most of were initiated with a brute force attack. Adopting the zero trust security approach to help prevent such attacks is not just a matter of security but also of financial responsibility.

A crucial element of the zero trust framework is multi-factor authentication (MFA). Given how easily hackable most username and password combinations are, MFA is an added security layer that authorizes access to a system only after authenticating the user’s credentials through two or more factors. These factors could be:

Beyond MFA, the Cyolo next generation zero trust access solution also includes an identity-centric vault, which creates a primary ID for all users and saves their passwords internally. The vault merges multiple accounts into one trusted user identity and stores all sensitive credentials locally, avoiding the vulnerabilities of a centralized cloud. With passwords no longer needed by the user, brute force attacks are rendered useless.

Despite their unsophisticated nature, brute force attacks have a high success rate and are the technique that enabled many recent high profile data breaches. Implementing MFA across all systems is key to preventing brute force attacks, and adopting additional zero trust access policies, such as least privilege access, will make your defense even stronger. Why Perimeter Security is No Longer Enough

The lack of zero trust adoption significantly influences the cost of a data breach in the critical infrastructure sector, according to a new study from IBM and Ponemon Institute.
Read More

Now is the time for CISOs and other security stakeholders to plan their 2023 cybersecurity budgets. Follow these 5 tips to help optimize your spend.
Read More

The 2022 Cost of a Data Breach study from IBM and Ponemon quantifies the impact of recent trends in cybersecurity, including zero trust and the shift to remote work.
Read More